Back in the day, it used to be that people would patiently wait for many things, the days news to arrive, a bus, writers getting to a point. But even Brooks Hatlen from the Shawshank Redemption knew that “The world went and got itself in a big damn hurry.” That is beyond true when it comes to site speed.

In July of 2018, Google announced that Site Speed would be a ranking factor in mobile page ranking. This doesn’t mean that just because your site is faster it will rank well, it still needs to have quality content.

So How Fast Should My Site Be?

In an effort to no be overly vague, Faster than the competition without sacrificing quality. Back in January of 2018, Google performed an analysis of 11 million websites and found:

Five to seven seconds is quite a long time for mobile content to load. Keep in mind that not everyone on a mobile device is connected to WiFi or has a device that is running at 100%. Just think of how frustrated you are at how your phone runs from time to time.

Your best bet is to try and have your mobile page (at least the part above the fold) to load in under three seconds if possible.

The longer it takes for your site to load on mobile, the more apt your users are to bounce. Based upon data aggregated by Google in 2017, as your site loads from 1 to 10 seconds, below is the probability of a user bouncing.

What Slows Down a Mobile Page the Most?

Those are the two main items, going with the 80/20 rule that will pretty much help you speed up your site. If you’re already there, you can look at cleaning up HTML code or compressing text and other elements.

How to Test Your Site You'll want to test your site or landing pages to see how they perform on mobile devices. One of the better options is Google's Page Speed Insight's Tool which not only will let you know how fast you are, but give you tips on how to make your page faster. Here’s a quick look at Google’s Page Speed Insight Tool for ESPN. Even the big boys can have problems with their loading times.

For the most part, if you keep your images well optimized and don’t bloat your pages with unnecessary widgets, you should be in good shape. You’ll also want to make sure that the server/web host that you have is adequate for your traffic.

If you want us to take a look at your website or landing pages to give you some ideas of how to make them faster, feel free to reach out and we’ll be happy to help. Google Anayltics 4: Everything You Need to Know 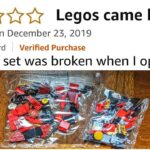 25 Responses You Can Use for Negative Reviews Keep up-to-date with all the latest in the world of digital marketing and lead generation techniques.

What Do We Do?

Do you need help with online visibility and generating leads?

Southernmost Digital works with our clients to generate, manage, and promote online reviews.

We ask each customer to rate their experience & write a review.

We respond to all online reviews as your company.

We push your 5-Star reviews out on social media and publish them to your website.

We can help generate and respond to all of your reviews

Save 10% on Monthly Management And No Set-up Fees This Month! Simply fill in your information below and we’ll email you a copy of your sheet right away. 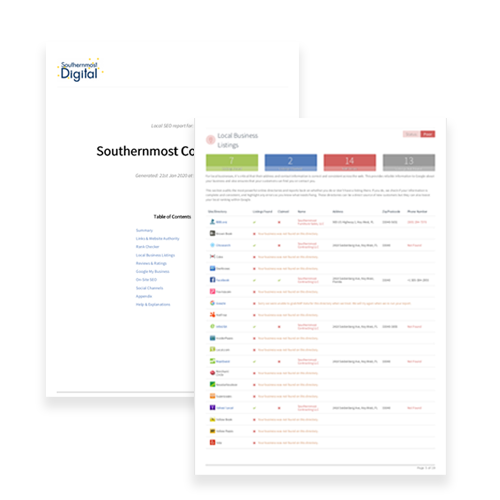